CRAVE, by Sarah Kane. The first performance of this production at Chichester Festival Theatre was on 29th October 2020 and was streamed live to global audiences from Chichester during 31st October to 7th November 2020. 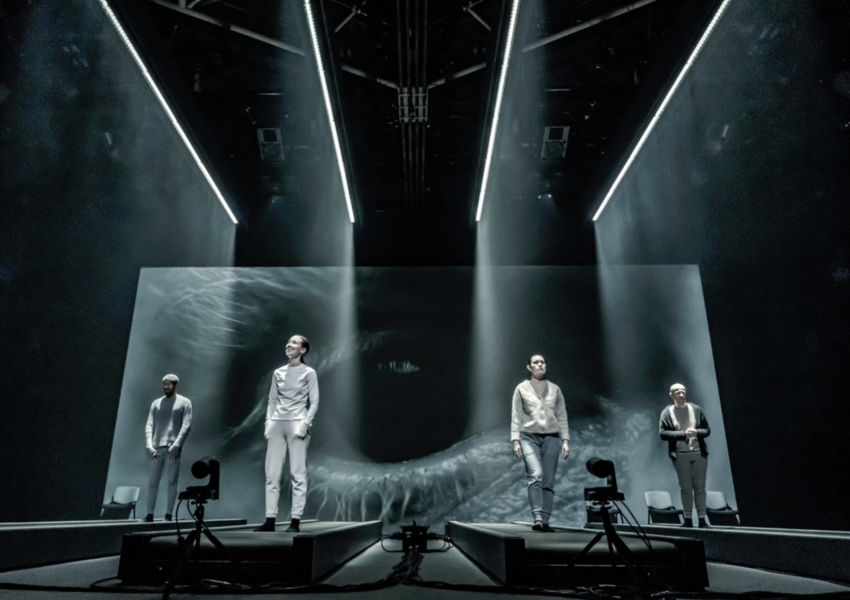 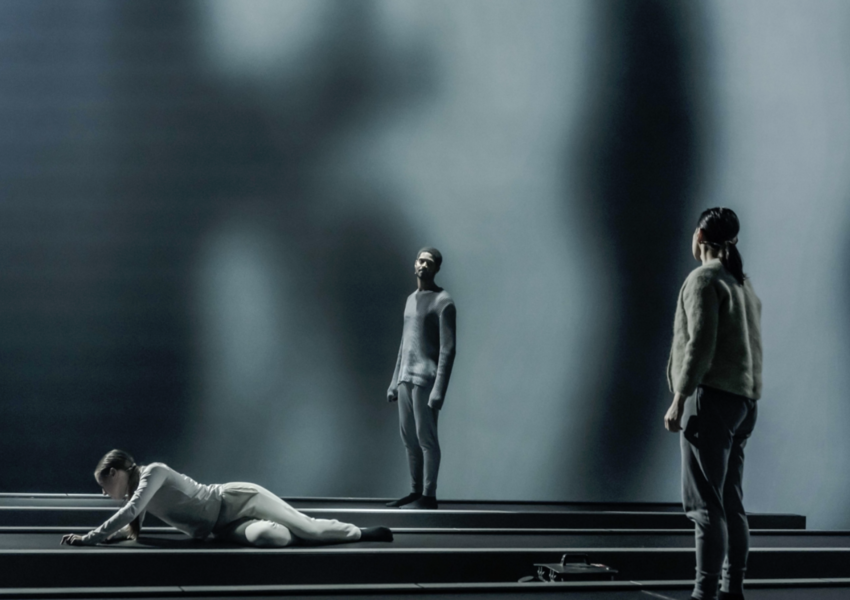 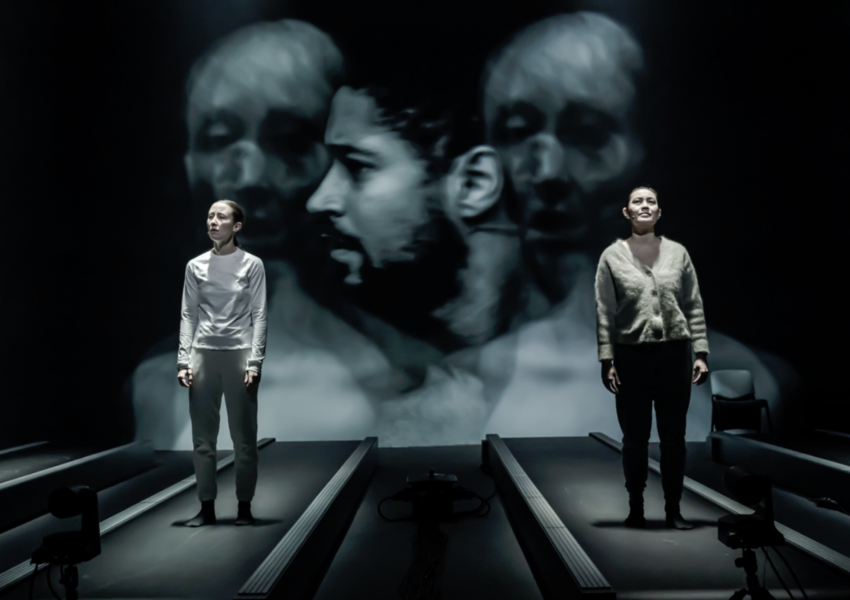 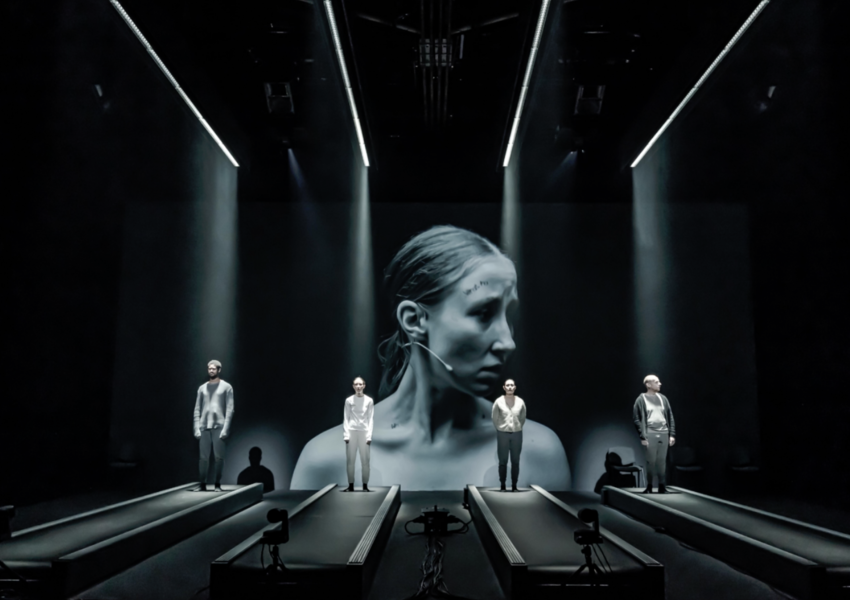 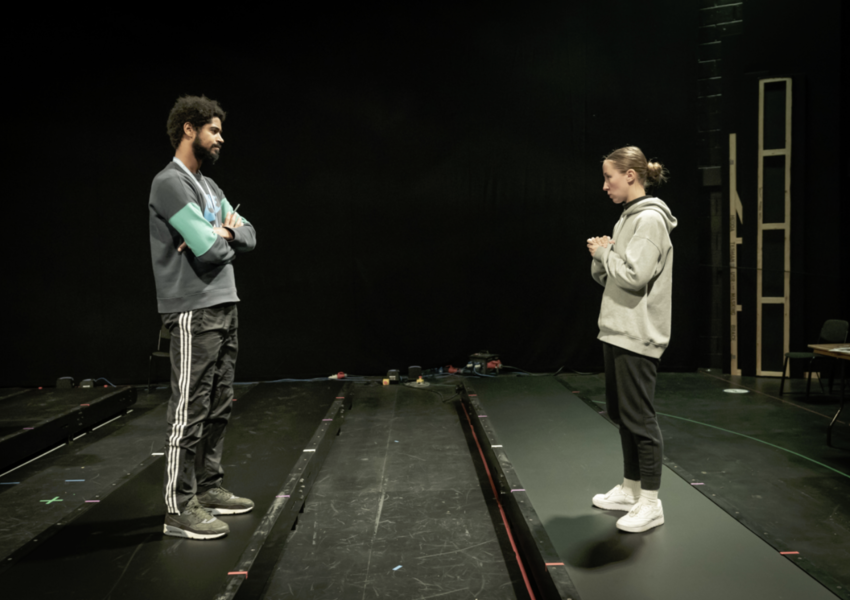 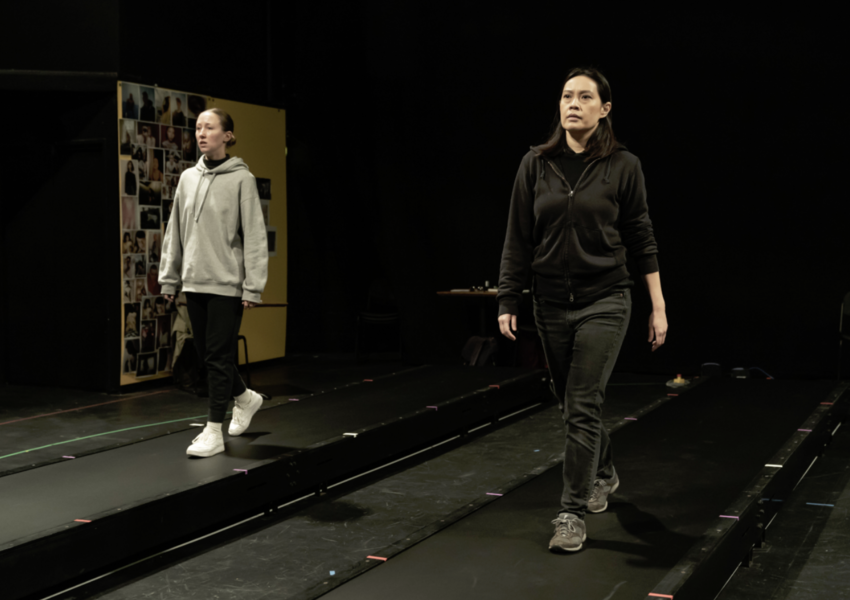 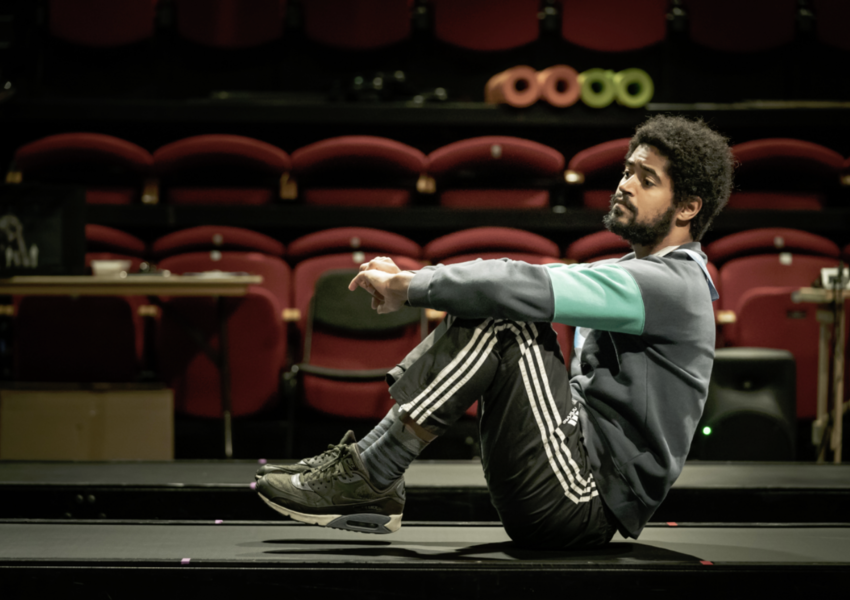 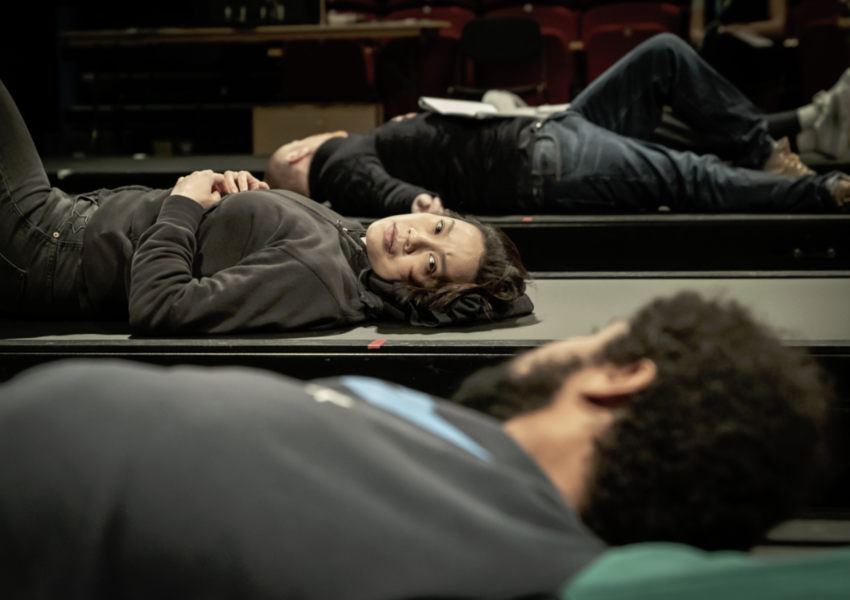 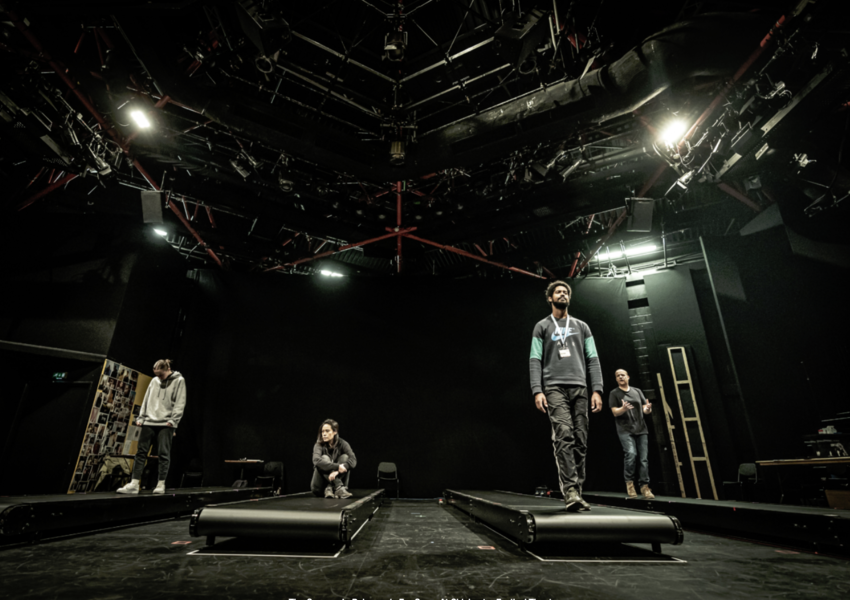 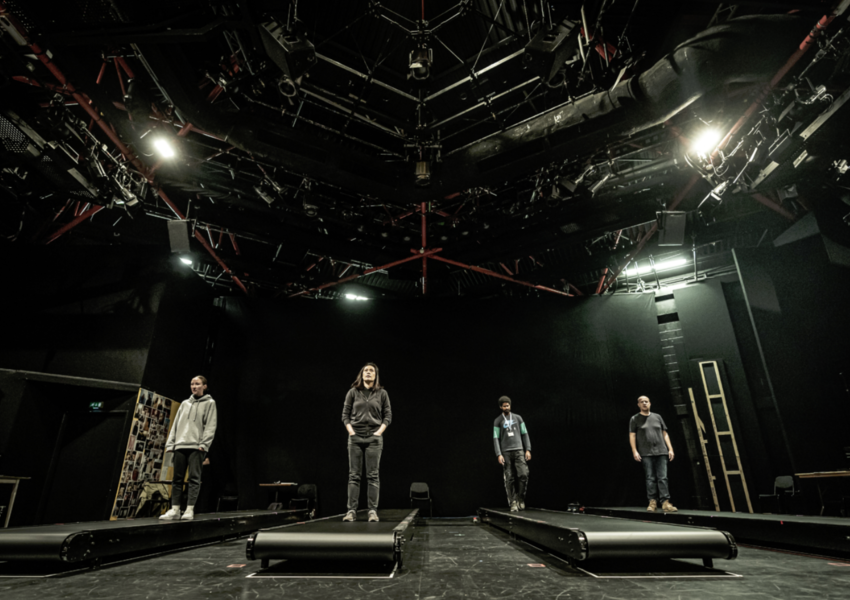 Crave was initially programmed to be staged in the Spiegeltent. The move into the Festival Theatre auditorium due to Covid-19 meant reconfiguring the stage design to accommodate a two-metre distance between the actors.

The declineation of the space, combined with the interest in creating a physical resistance for the actors to work against, led the theatre towards creating a kinetic element within the stage design.