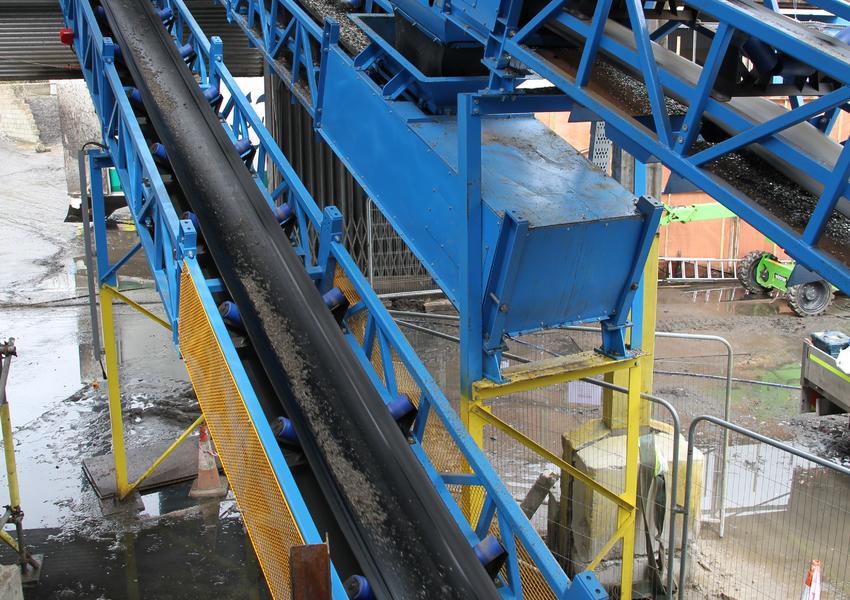 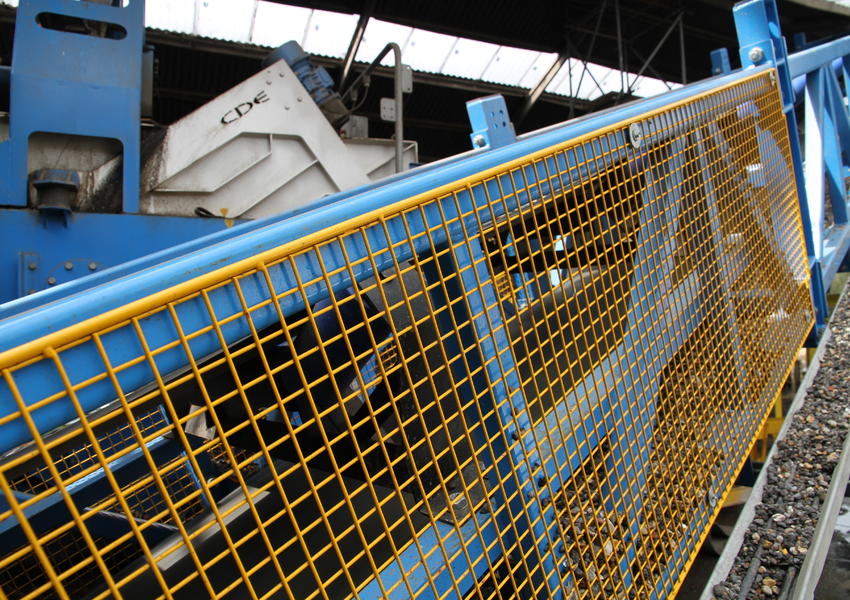 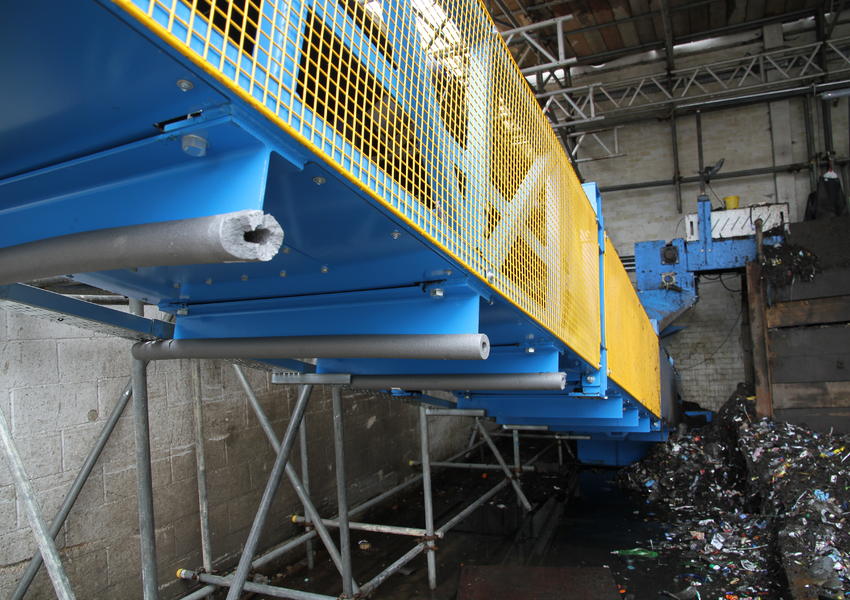 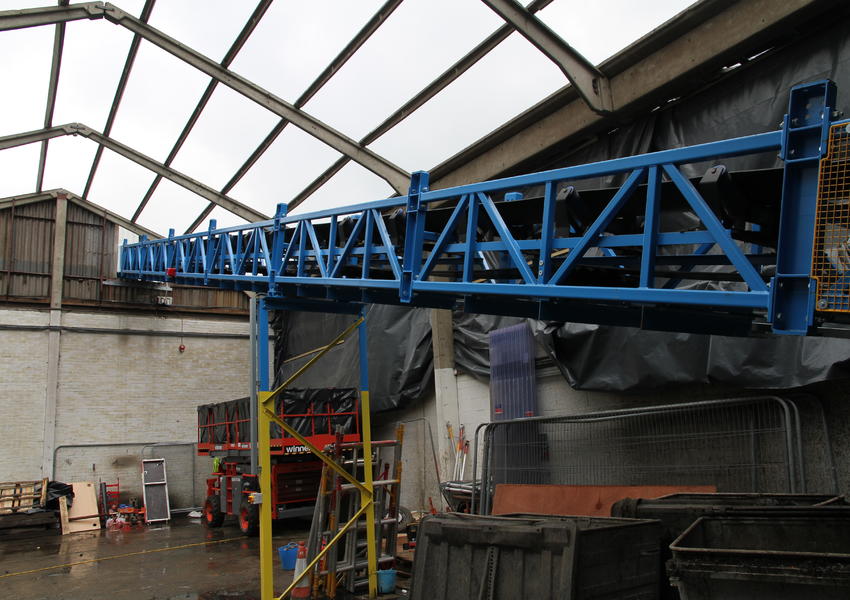 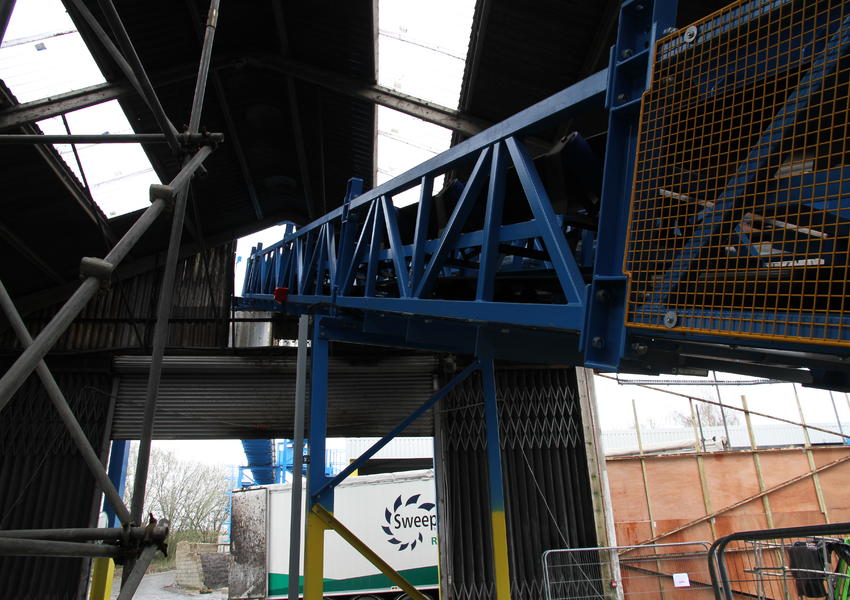 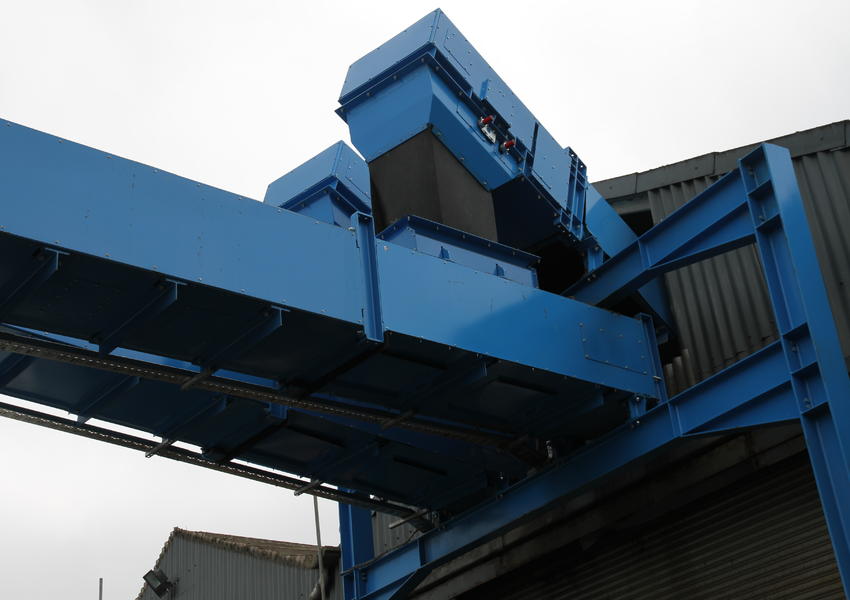 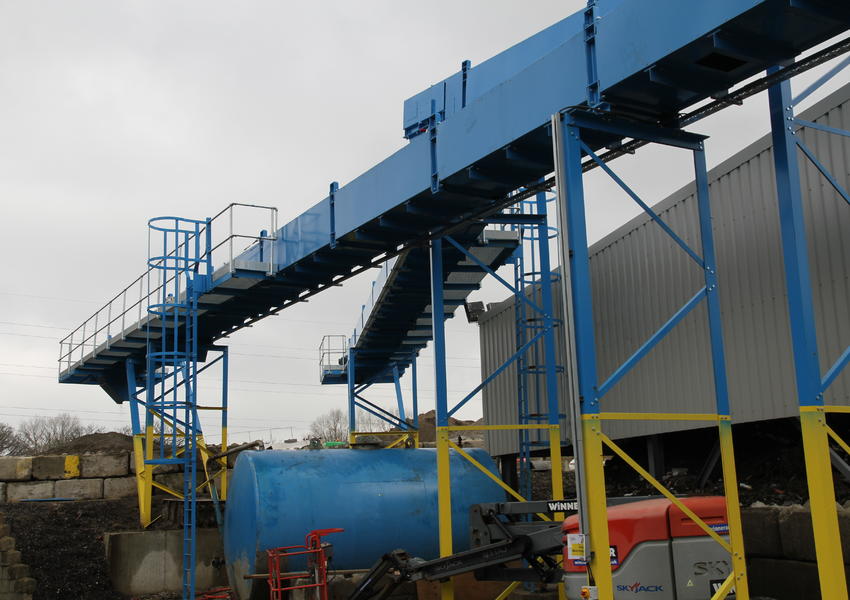 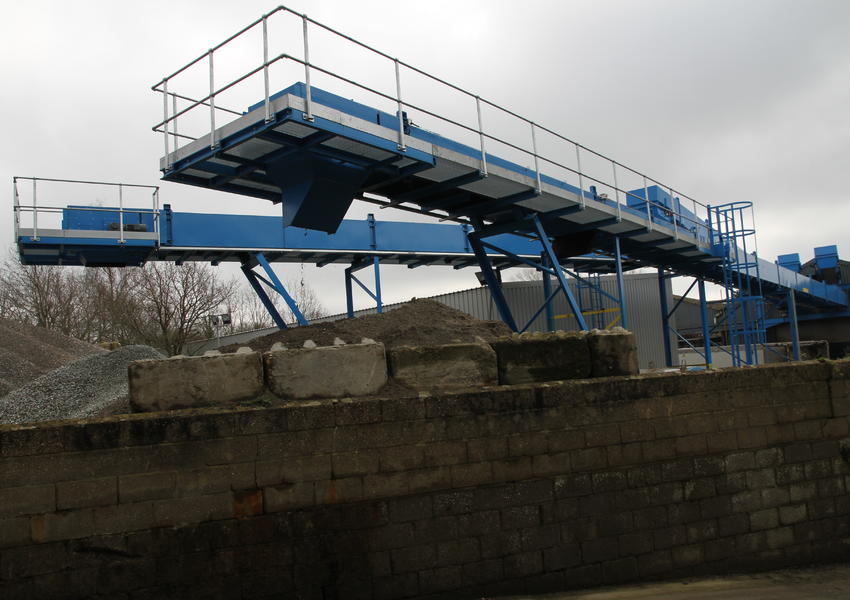 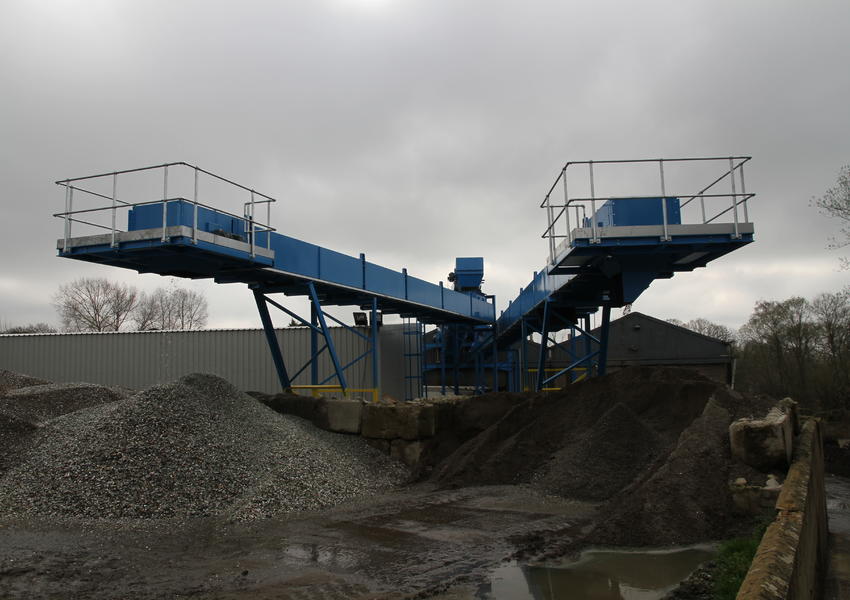 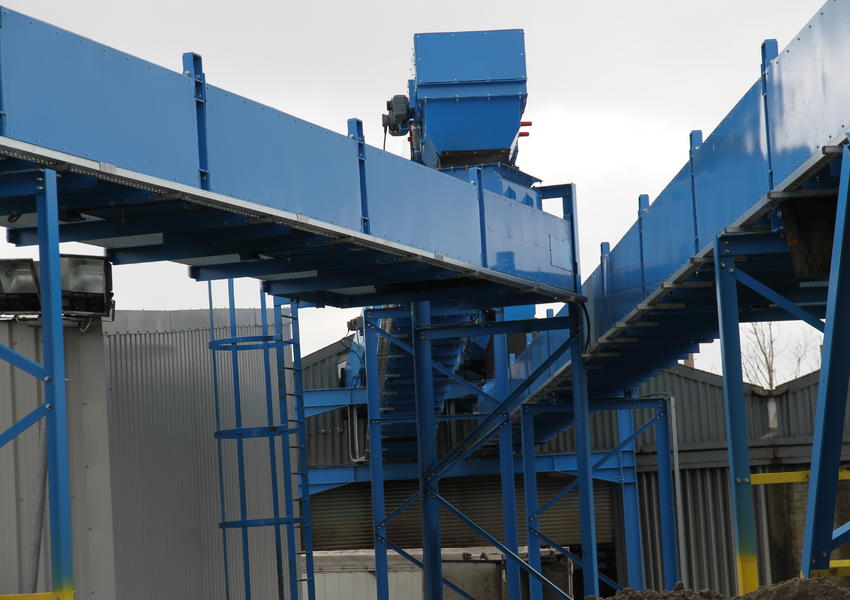 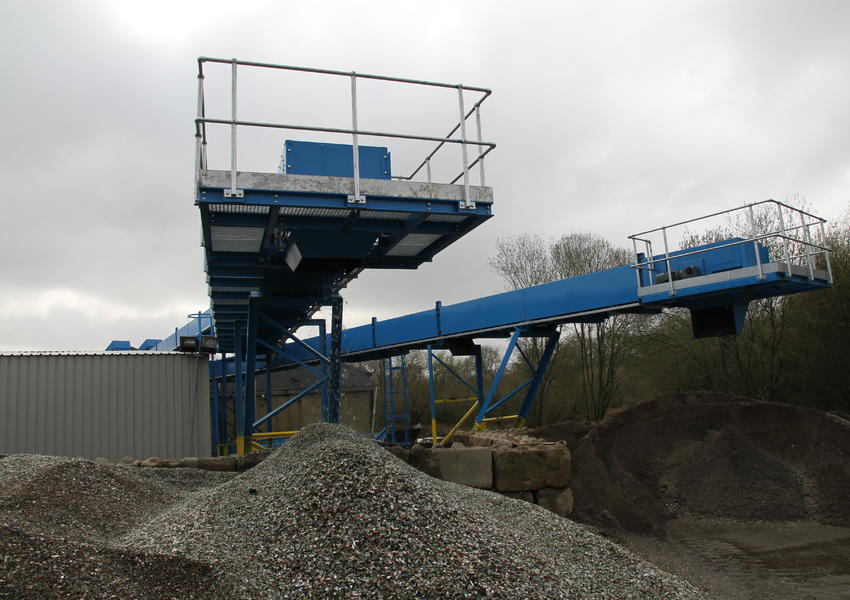 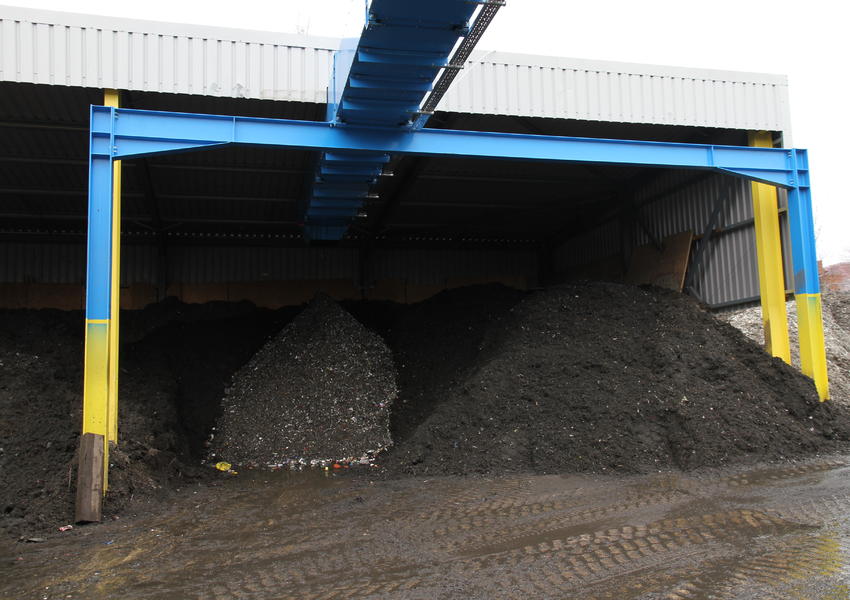 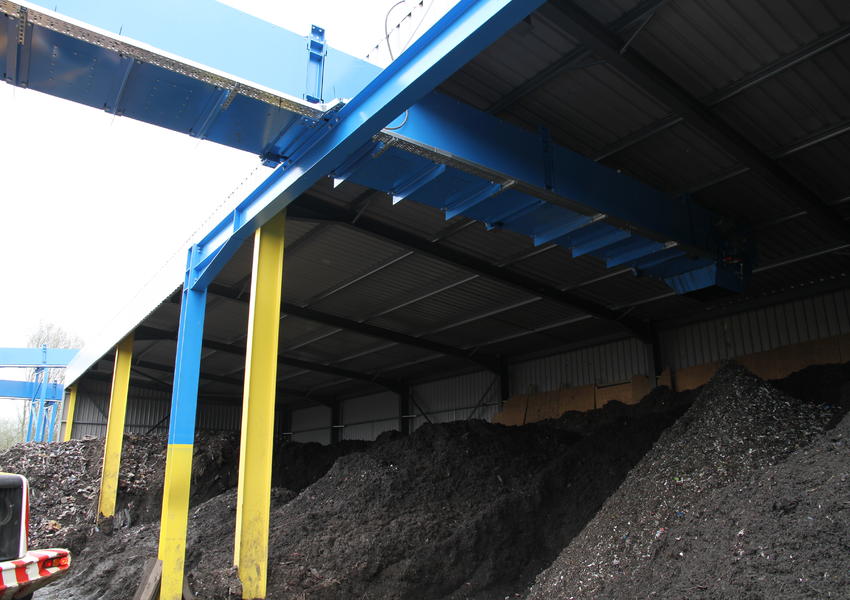 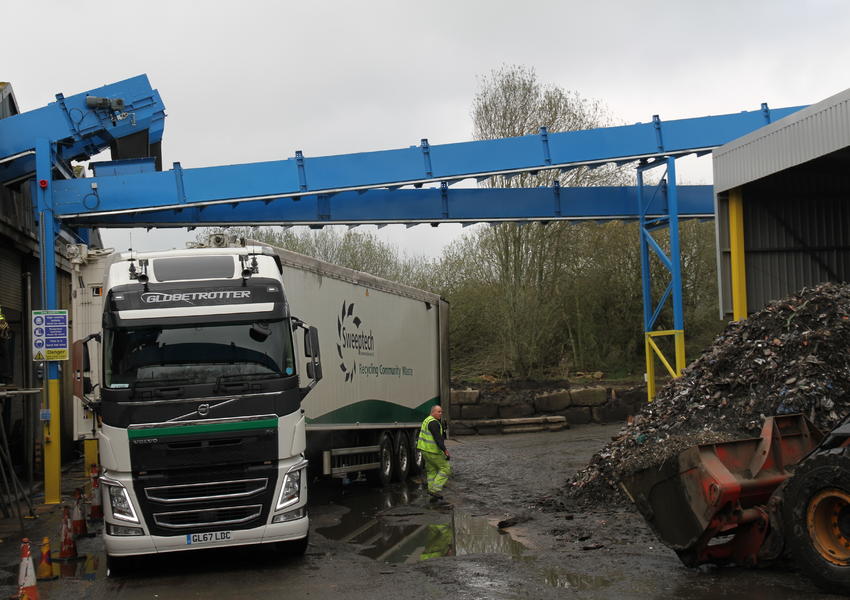 SESL is a progressive ISO 14001 and ISO 9001:2008 accredited waste management business which is committed to delivering environmental and sustainability improvement within the communities it works.

Their environmental focus and delivery serves an extensive and diverse client base including Private, Public, Commercial and Airport sectors including being the UK’s largest road sweeping and gully waste recycling processor.

Waste Stream Reception Facilities:
The scope of supply included three separate modular conveyor systems to convey a sand, shingle and organics to stockpile.
SESL innovatively process various authority waste streams which are diverted from landfill and delivered to the processing operation within the Old Brickworks factory. This incoming feed is processed and moved by loading shovel to stockpile. However, with a move to further enhance environmental and HSE benefits on-site and remove shovel handling a decision was made to install a conveyor system which would provide the desired benefits.

Canning Conveyor duly made a successful bid and supplied the perfect solution with three modular conveyor systems which were installed in January 2018 and commissioned the following month.

Dominic Jennings – Plant Manager for SESL, commented, “It was an ideal solution to our problem and we awarded Canning with the project which they completed successfully. It works efficiently, and we are very pleased with the quality and the build.”

Sand conveyor system:
This system is capable of delivering 10tph (average) with a maximum of 15tph of sand at a bulk density of 1.6t/m³ and was constructed with Canning Modular Conveyors (CMC) This system involved two sections which receive sand from an existing sand screen through a screen discharge chute into the receiving hopper of the first 25m long – 19◦ inclined conveyor which in turn feeds material onto the second 19m long horizontal conveyor which then delivers to stockpile. This section included an 18m long walkway up to the drive end on one side only and around the head.

Grit conveyor system:
This system is also capable of delivering 10tph (average) with a maximum of 15tph of grit (including rounded glass) and was also constructed with CMC. This system involved four sections which receive material from the discharge chute of existing processing machinery into the receiving hopper of the first, 7m long - 21◦ inclined conveyor which in turn feeds into a simple receiving hopper of a second, 19m long - 22◦ inclined conveyor. Material then feeds onto the penultimate section into another hopper of a 22m long - 7◦ inclined conveyor which subsequently delivers feed into the hopper of the last section which is a 16m long horizontal conveyor which delivers the feed material to stockpile. This last section includes an 18m long walkway up to the drive end on one side only and around the head.

The grit conveyor system is also supported by a suitably braced ‘goal post’ to ensure the drive end section of the second section.

Organics conveyor system:
This system can deliver 10tph (average) with a maximum of 15tph of -100mm organic material and again constructed of CMC. This system consists of two sections which receive material from an existing picking conveyor. The first conveyor is 30m long and inclined at 14◦ and delivers feed into a simple hopper of the second 19m long horizontal section which subsequently delivers the material to stockpile.

This system is also supported by a suitably braced ‘goal post’ to ensure the drive end of the first section, and the tail end section which is supported over the entrance to the barn.

3mm thick deck plates were fitted in the load areas only and 10mm thick x 150mm deep rubber in the loading areas only.
Tension on all the conveyor sections is provided by a manual screw take up unit at the tail end of each conveyor and suitably guarded.
Covers were fitted to the underneath and sides with top covers to the exterior sections.

The specification also included primary and secondary scrapers with polyurethane fixed blades and emergency stop and release throughout.

102mm diameter 3-roller fixed angle troughing sets with a 35◦ wing angle set at 1m pitch were utilised; these were reduced to 0.33mm pitch in the loading area. The return rollers were 102mm diameter, parallel type at 3m pitch.

The systems were all individually driven by a 4Kw helical geared motor driving a rubber lagged pulley, complete with backstop and torque arm.