Awarded the initial contract for supply of conveyor systems for the Viridor Waste Management Century Wharf site, Canning was subsequently awarded a second contract for the supply of two quality assurance stations and six associated conveyors for their new MRF production line on the Crayford site. 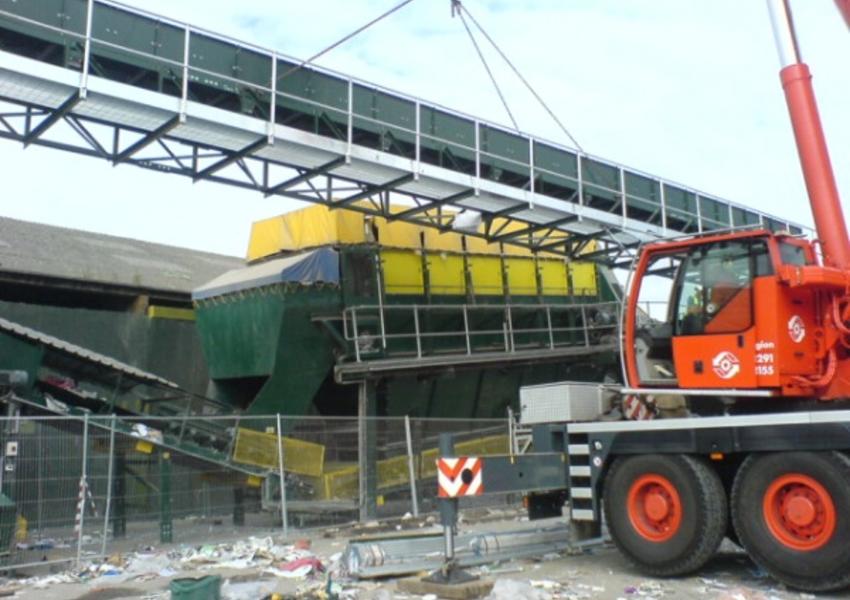 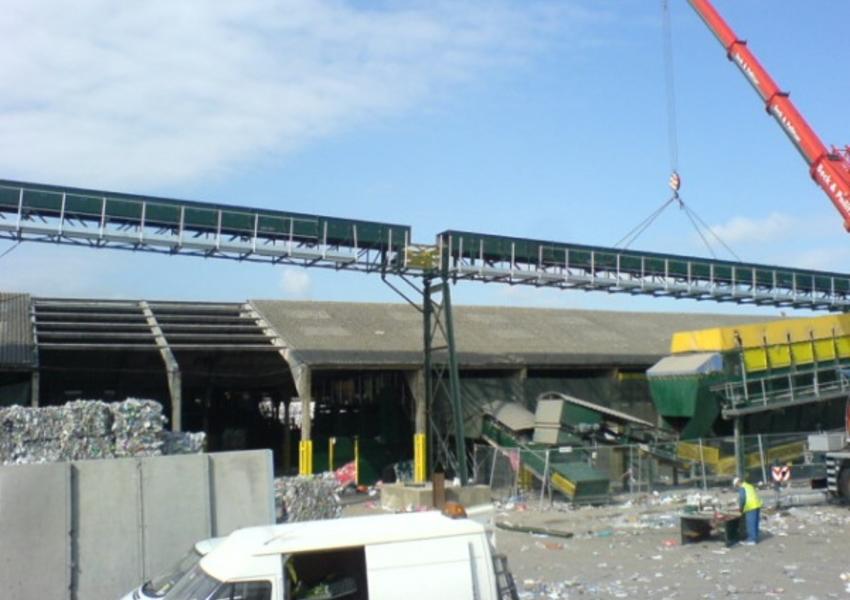 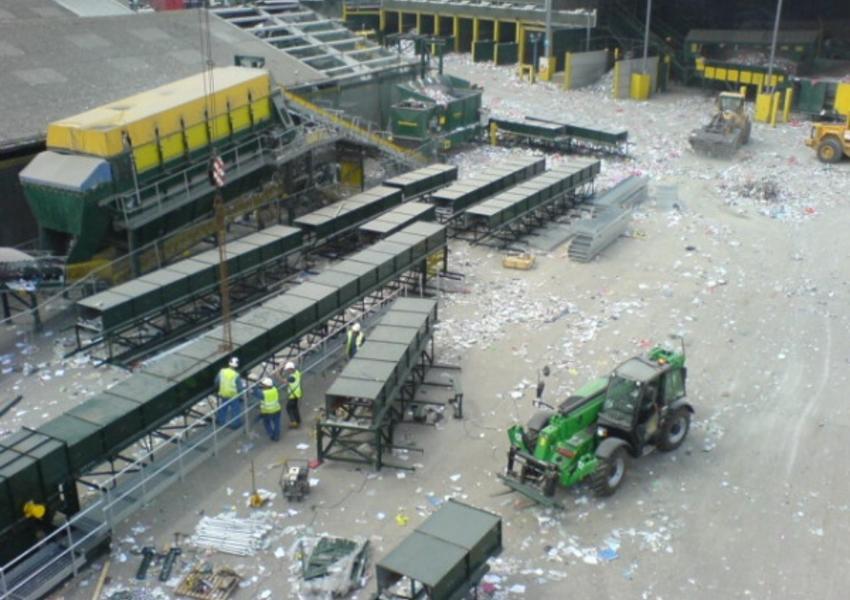 Delivered, installed and commissioned at Century Wharf in early 2007, Canning supplied the initial order of three transfer conveyors and a screen feed conveyor.

Recently, Canning received a third order and has successfully supplied a new feed conveyor to integrate into changes within the existing plastic line conveyor system. Two new 12m long troughed belt conveyors installed at Viridor Waste Management each 900mm wide are designed to accept mixed plastics from an existing conveyor each feeding the other which elevate to feed onto the new conveyor located at high level.

This new feed conveyor is approximately 90m in length and accepts mixed plastics at high level and runs at a height of 6 metres horizontally over the yard. Running parallel to the existing building it discharges via a 2-way chute directly into the new plastic and tin sorting plant feed hoppers.

Canning has subsequently been tasked with the supply of a new paper line conveyor system to the Century Wharf site that has been built and is now installed and operational at the site. This fourth element of the on-going project involved the supply of seven conveyors including Canning SuperDrive™ motorized drums. and included modifications to existing picking conveyors.

This new feed conveyor approximately 10 metres in length runs elevates above the building roof before discharging via a 2-way chute into an existing baler.

All the new conveyors are powered by Canning SuperDrive™ motorised drums.

Since the introduction of the Canning SuperDrive™ in 2005 the motorised pulley has proved it self throughout the Waste Industry.

The recycling of general household waste, building waste and refuse incineration waste provide challenges to seal arrangements of all components utilized within the conveyors and sorting systems within the industry.

Some of the main culprits of system failure are VHS/cassette tape, glass, plastic threads and steel or copper wires which can become trapped and wind themselves around critical areas such as shafts and seals.

On the SuperDrive motorised pulleys, Canning recommended the fitment of extra external non-regreasable steel labyrinth seals at these areas, to provide the protection required against these particular problems. This will enable the pulley to operate without constant attention and therefore fulfil its life potential.

John Viviani, Managing Director, commented "The new systems will provide Viridor Waste Management with a fully integrated conveyor system across its 10 acre site to further improve the processing of recyclables at Europe's largest MRF. This is the latest in a series of substantial investments by Viridor Waste Management that will enhance operational and cost efficiencies on the site."